10 Ways to move beyond fear and become fabulous

1 . EMBRACE YOUR AGE
2. LISTEN TO THE VOICE IN YOUR GUT NOT YOUR HEAD
3. FEAR IS ONLY IN THE MIND
4. O.K. FEAR IS NOT SEXY
5. STORAGE IS CHEAPER THAN QUITTING YOUR DREAMS
6. DRESS THE PART UNTIL YOU FEEL THE PART
7. IT’S THE 21ST CENTURY RENAISSANCE, WOMEN ARE ALL AROUND US
8. BEING SCARED IS O.K.
9. LIFE
10. NOTHING TO LOSE

DEE DEE EUSTACE  – 365 RULES TO CREATE THE HOME YOU LOVE

RULE #50 : DO NOT PLACE CARPETS IN THE DINING ROOM. THIS WAY CHAIRS CAN SLIDE IN AND OUT AND FOOD WILL NOT GET ENCRUSTED. TRY AN INTERESTING FLOOR FINISH, PERHAPS A HIGH GLOSS ON WOOD. FOR PATTERN, TRY CHECKERBOARD OR CHEVRON.

So exciting, my Florida/Toronto client coming to NYC to shop and do a little business with me. She is a mother of five, now investing in her children’s businesses having just sold her company for a great price. The best is that she hires and fires them consistently.

When she gave a speech at The Board of Trade to mainly men, her best line was “Everyone has a number and I guess mine was 20 million”, then the men listened, usually the men only look. I meet her at her make shift bedroom/office at the W Hotel, which in New York is cramped, and we do drawings and plan review, then take snap shots sending them to the contractor, landscape architect and architect. Very modern office, a pen and iPhone this is the wave of the future. The president, me and my client in her world, does it all and more just keeping assistants back at the office up to date if necessary. Even better, I had room service while working.

After our three hour meeting we taxied up to the Upper East (no easy feat to get a taxi at that hour on a Friday) to check out my apartment with its 1890 wooden floors complete with nails sticking out and all, even a better reason not to put a carpet in the dining room. We land at The Mark Hotel bar for lunch with her daughter. We are still in work mode, so kale and water was the poison of choice, hardly poison. Next stop was back downtown, another 60 blocks to abc Carpet, where we played on all the furniture floors keeping a running photo stream for future reference and purchases. It has carpet in its name because it has amazing ones, we found the most incredible dyed Persians in pinks, purples and blues, after three carpets purchased and total just shy of six numbers, we are offered limos home especially when I met NYC Sales Person who knows the Canadian connection ELTE didn’t hurt, what we dropped, dollar figure not food, on carpets. Abc Carpet and Home will become a big part of my NYC connection, designer Show Houses and all.

RULE #177 : YOUR SHEETS SHOULD ALWAYS BE CLASSIC WHITE WITH EMBROIDERY ON THE TOP SHEET, PILLOW CASES AND DUVET. MIX SHAMS WITH CASES. PURE PERFECTION!

My daughter has to be in the theatre all day to do the blocking for her upcoming musical, The Wiz. We take the dogs and walk the 14 blocks down Lexington on a perfect spring-like morning. The stores are unique and there is an air of elegance just waiting to be shopped, however, they are closed. I get a chai latte in a boutique café shop, the male barista asks me if I have a punch card; I don’t but he gives me one and punches all the holes so my next latte is free. I am smiling ear to ear, dogs in one hand, chai in the other and NYC looking beautiful with fresh sunlight. I feel so recharged and ready to grab the world. 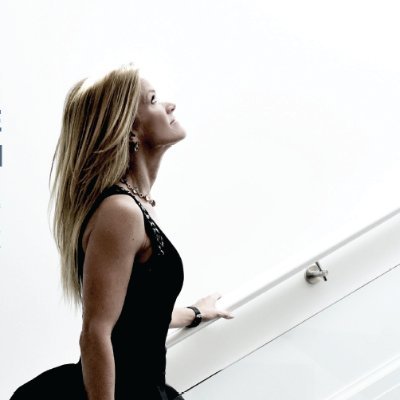 My son gets fed just prior to leaving for lunch with two of my friends in the PR/writing world, we discuss travelling, real estate and New York at Freeman’s Alley so cool at the lower east. He loves the antler relaxed cool vibe and the food is comfort with Devils on Horseback appetizers which are bacon wrapped stuffed dates, anything wrapped in bacon rocks. Bestie male, my son and I visit the New Museum on Bowery which has the weirdest exhibits and this one keeps its reputation with a drug induced sculpture. Another gallery, a pair of classic Stan Smith’s and my son’s visit is over too quickly. We say good bye and Hugo drives him away. I miss him already, but now I need to wash everything he touched so we don’t get sick. Housekeeper: now that is me.

RULE #126: MIX UP YOUR CABINET PULLS AND KNOBS!
THIS IS THE BLING-BLING OF YOUR KITCHEN!

Day 2 of 2014 and everything seems to be good; I would even say 100 percent. We have one of those amazing days with horseback riding practicing Polo and really relaxing. People are back at work in the world and people are in email purgatory, responding Happy New Year to a million people. I personally avoid all that and do not reach out, as it is a constant computer day I would rather be amongst the living, this email communication is really not for me; I am short, sweet and almost too cryptic, some of my friends laugh saying I do bad email which I take as a compliment.

Tonight it could not be raining harder and it is a personal night. Out and about in the land of strip malls then head back to the farm with wind shield wipers going at full speed to a country music song.

My Year of Magically Living in NYC started and finished August 30 where I pair one design rule with my daily discipline of writing and the discovery of who I am and how I made it this far without washing my sheets? As living speeds up in NYC and I the polished one has landed with many obstacles in the way my entries get less structured as I become who I am today: that person who loves and laughs at herself crying when needed. Even I learn more every time I reflect back: did I really pack it all up, leave my country and set up shop in the Upper East??? The answer is “I did” Mario Buatto Interior Designer USA renown looked at me blankly and said “You are a brave soul”. Being scared keeps me moving forward and forward I will go now equipped with a bit more of me. I am proud of me.

Dee Dee Taylor Eustace is an architect and interior designer practicing both in Canada and the United States with offices in Toronto and New York. She graduated with honors from University of Toronto School of Architecture and is a member of the Ontario Association of Architects and the Royal Architecture Institute of Canada.

Her full-service firm Taylor Hannah Architect Inc. specializes in the residential/hospitality sectors in a timeless elegant style both in architecture and interior design. With over hundreds of residential and commercial projects, Dee Dee and her team work on premier addresses. 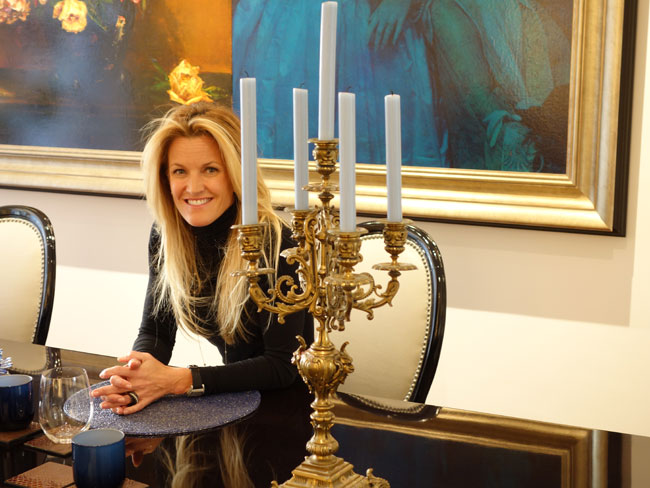 Dee Dee’s timeless work has been seen in many cities from Toronto to New York City to Miami and beyond. She has participated in events such as Holiday House NYC Designer Show house in 2014, designed featured exhibits for the Interior Design Show Toronto in both 2009 and 2012 where Dee Dee designed a complete living space within 485 sq. ft. sponsored by Sub-Zero and Wolf. Taylor Hannah Architect Inc. has participated in the Designer Show Houses for The Junior League of Toronto as well as The Gardiner Museum’s Twelve Trees of Christmas. Dee Dee was also chosen to speak at the Delicious Food Show, The Toronto Designer’s Showcase, The University of Toronto Faculty of Architecture as well as the Women of Influence lecture series.

Dee Dee has been a guest judge in season one and two in a new series called Game of Homes, was one of the designers in HGTV’s series The
Real Designer Women, been part of the Lexus Style Maker Commercial in 2015, has had three visits to The Oprah Winfrey Show, a regular on CBC Steven & Chris Show, and appearances on The Global Morning Show, The Marilyn Dennis Show the Canadian HGTV Designer’s Christmas Special and hosted HGTV’s Love by Design, a home makeover series that air both in Canada and the U.S.A.

Her writing credits include a column for the National Post newspaper entitled “Constructive Criticism,” as well as a weekly columnist for the Globe & Mail, Canada’s premier newspaper, Style Section as Canada’s Design Expert in a column titled “Design: Ask Dee Dee Taylor Eustace”, Ask a Design Expert: answers to reader’s design questions plus numerous features in the Globe & Mail.

Dee Dee’s work has been published in several of the top magazines in both Canada and the U.S. such as Style at Home, Beautiful Kitchens, Better Homes and Gardens, Canadian Design and Architecture, Canadian House and Home, Luxury Homes Canada, Traditional Home, City Guide and KA Magazine as well as editor-at-large at KA Magazine. She has an E- book entitled Dee Dee’s Rules and a new hardcover coming in 2016 titled Dee Dee Rules: N.Y.C.

Charity is a large part of Dee Dee’s life as she sits on several Boards and Committees. Highlights of her charitable contributions include: Curator for the Gardiner Museum’s 12 Trees of Christmas in 2015, Chair of Cook for the Cure for Canadian Breast Cancer Foundation in 2015, International Chair for the International Arts and Antiques Show NYC in 2014, CO-Chair for the Canadian Council of American Relations NYC in 2014, President of Out of the Cold Foundation, Committee Member of the Governor General’s Performing Arts, Property Development Task Force of Bishop Strachan School in Toronto, Board of Governors North York General Hospital, Chair of the Gala in the Garden for the Toronto Botanical Gardens, and Committee Member of the University of Toronto Boundless Campaign for the Faculty of Architecture in 2013.

My Year of Magically Living in NYC started and finished August 30, the day I stared blankly at the custom official and didn’t speak until spoken to which is an impossible task for me he granted me a two year visa and proceeded to update my Nexus and life despite his sense of non-humour; he called me the real deal, we will find out. I pair one design rule with my daily discipline of writing and the discovery of who I am and how I made it this far without washing my own sheets? As living speeds up in NYC and I the polished one who landed from outer space into the top tier despite my efforts to promise to visit Brooklyn I stayed on that island and mainly, happily in my hood oscillating from The Mark to the Carlyle Hotel. At the corner of 80th and Madison I become who I am today: that person who loves and laughs at herself, crying when needed and we all need a good release some more enjoyable than others. Even I learn more every time I reflect back: did I really pack it all up, leave my country and set up shop in the Upper East??? Did the movers almost damage all my best pieces on the inbound and outbound??? The answer is “I put my head down and piece by piece, broken or otherwise I got to my 1904 three fireplace Brownstone between Madison and Park, who knew that was my next gig? In the New York Times Real Estate Section I would be and the cover of The New York Post. Mario Buatto Interior Designer USA renown looked at me blankly and said “You are a brave soul”. Being scared keeps me moving forward and forward I will go now equipped with a bit more of me.